The one thing I always say about running, which isn’t just unique to running I should add, is that it’s always challenging. It doesn’t matter if you’re heading out for the first time or if you’ve been doing it for a lifetime, whether you’re running 5k in your neighborhood or you’re running an ultramarathon. Anytime you push your body to the limit you start to wage that battle between perceived physical limitations vs mental fortitude. To stop would be so easy. It’s what you want to do because your brain is subconciously telling your muscles to slow down…it’s a preservation response. Almost everybody would have experienced this at some point in their lives because regardless of what you’re doing, there’s been a time where you went outside the realm of what your brain considered normal. The more times a person can do this and accept the physical discomfort a little bit longer, it pushes that realm out a little bit further. The discomfort feels the same but your ability to accept it and move past it widens. With this comes an athletic intelligence that allows you the ability to decipher between the physical discomfort of general fatigue and burning muscles against the onset of an actual athletic injury. You can recognize the difference, it just feels off.

I remember somebody back in my army days telling me about the 40% rule. When your brain is telling you you’ve had enough, your body is only at 40% of it’s capacity. It stuck with me and has helped sometimes when things start to get hard. Knowing that the body’s physical limitations far exceed the limit where your brain is saying to quit is important. It helps you to embrace the pain, knowing that even though you want to stop, you have the ability to keep on pushing. And again, this is as true for when your lungs are screaming for oxygen running a fast mile as it is for the pain and fatigue you feel in hour 12 of a 100 mile race. Knowing this in theory and experiencing it in reality, though, are two different things and I really feel it’s something all people should subject themselves to. You really test yourself and discover your capabilities, and when it’s over you’re a little bit stronger up there than you were before. I don’t suggest just jumping off the couch at this moment and running a 50k. All that might do is prove the point I made before about discovering the difference between fatigue and injury!

One thing you can do if you have some free time is run a 4-6 km route once an hour for as many hours as you can and see how many loops you can do before you throw in the towel. This is a newer style of race that is becoming more popular. Called “backyard ultras”, they are a last racer standing format that require participants to run the same course each hour until only one racer remains. The quicker they finish the loop, the more break time you get before the next loop needs to be completed (definitely an event where “speed” is secondary to “enough speed”) . Kevin Barata of Abbotsford, B.C. completed 31 loops (6.7km per loop) of the 2019 Outrun Backyard Ultra to finish in second place to eventual winner, Matt Shepard of Valleyview AB. This particular race is one I think I’ll highlight if I ever do a post on sportsmanship. It’s a really great story and shows what a great guy Kevin is and the level of comraderie that can be displayed. Kevin’s perspective on pushing through the pain deals with the knowledge that his disappointment in himself for quitting outweighs the physical pain:

“Generally with pain, I just remind myself that it won’t last forever and eventually what I’m doing will be over. As for quitting, I’ve yet to DNF a race. I know that if I do quit, the moment I do I’ll immediately regret it. So it’s just adopting that mindset and understanding that you’re capable of so much more than you give yourself credit for”

I still consider myself an infant when it comes to being able to properly manage this. My longest continuous distance was only about 70km after I took a wrong turn on the 3rd leg of the Canadian Deathrace and ended up timing out after the 3rd leg. Physically I didn’t feel great but was curious to see how I would have responded into the 4th leg which involved a steep and sustained climb up one of the mountains surrounding Grand Cache, Alberta. Timing out was probably a good thing in the end since I suffered some ligament damage in my knee from earlier in the race and I likely would have exacerbated the injury over the next 50km. I’m still not feeling quite 100% but the knee is almost there I would say. Either way, running is practice, and with that practice, pain management is a skill that develops and hones itself over time.

Professional runners feel the same pain everyone else does but it’s their ability to cope with it that’s the difference. They train for hours a day and subject themselves to a great deal of exertion on a daily basis. When you see an athlete literally crawling across the finish line because their body simply can’t obey basic instructions anymore like being able to put one foot in front of the other, that to me is mindblowing. The athlete was able to push the pain to the side the entire time to the point that their physical limitations were exhausted. If you haven’t seen this, Alistair Brownlee helping his brother Johnny across the line at Cozumel a few years back at the Triathlon World Championships is what i’m talking about: https://www.youtube.com/watch?v=DheRqd6bJYw

“I’m not honestly sure how I push through pain, I usually rely on my competitive instinct, either with training partners, race competitors or my goals for a specific workout. I see it as just another component of racing and training, and it’s inevitable, so you get about driving yourself to get the most out of yourself”

Courtney Dauwalter is quite possibly the best ultra distance runner in the world today and proves that when it comes to long distances, ultra running is a sport where women are on par with their male counterparts. She mentioned the same thing that Kevin mentioned a few paragraphs back that the feeling of failure and what was felt immediately after quitting a race was worse than any physical discomfort she was feeling during any race after that.

The mental aspect is as important a component of anybody’s running training as your nutrition or the kilometers you’re logging. It takes as much effort and practice or more to train your brain, so until next time just remember the timeless adage, no pain no gain! Don’t be afraid to push your limits, the pain is temporary. Happy running out there everyone! 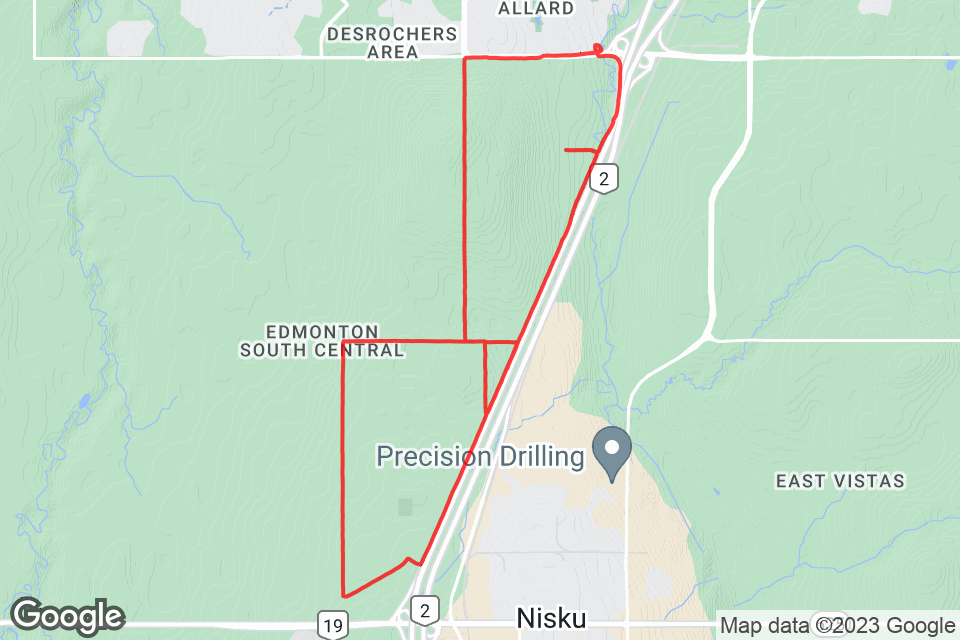